A Brief History of All Saints'

Early Parish Days  -  In 1899, the Diocese of New Hampshire began a concerted effort to identify Episcopalians.  As a result of a house-to-house canvass in 1901, Peterborough Episcopal Mission No. 45 held its first service in the social hall over the Forbush Drug Store on November 3, 1901, with 27 people attending. For the next five years, the Priest-in-Charge of Milford held religious services in Peterborough, after which the “All Saints’ Mission” was under the care of the Secretary for the Manchester district until 1914. 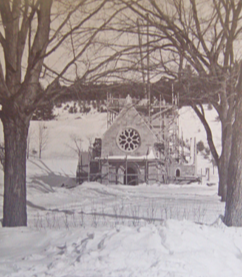 In September 1912, the Bishop of New Hampshire visited Peterborough and announced that Professor William H. Schofield and his wife, Mary Lyons Cheney Schofield, and her children planned to build an “adequate and beautiful” church on Concord Street in memory of Charles Paine Cheney, Mrs. Schofield’s first husband, who had died at a young age.

Plans matured in 1913, including the renovation of a building at 53 Concord Street as a parish house. A house on Concord Street became the future rector’s residence, and in 1914, All Saints’ Mission became All Saints’ Parish, with The Rev. William Gillis as the first Rector.

Work on the church building began in 1916 and Bishop Parker laid the cornerstone in 1917. Work stopped during World War I but resumed in June of 1919. The Rev. J. Louis P. Clark, Rector, held the first regular service in the church on August 8, 1920.

Facilities  -  The church, which has been on the National Register of Historic Places since 1981, stands back from the street at the head of a quadrangle of All Saints’ buildings. It is backed by a pine woods that appears to embrace the church.

The church reflects Mrs. Schofield’s vision. Its transitional gothic design created by Ralph Adams Cram, is complemented both by the stained glass windows, also in the gothic tradition, produced by Charles Connick’s studio, and by the reredos and wood carvings, the work of Johannes Kirschmeyer, a Bavarian woodcarver and master craftsman who specialized in the medieval style.

On the north side of the church, the ground gently rises with a cross at the top where All Saints’ established a columbarium in 1986. A choice of burial sites – individual, commingled or scattered on the edge of the woods – is available. 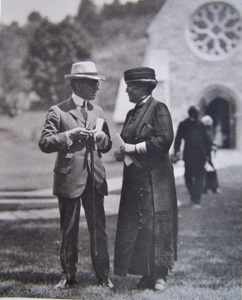 Ralph Adams Cram and Mary Lyon Cheney Schofield at the consecration of the church on August 5, 1923

South of the church is the two-story, four-bedroom rectory in which each rector has lived and entertained since it was built in 1925.  Across the parish green from the rectory and to the left of the church is the Old Parish House, which was used as an oratory while the church was being built.  After being renovated and enlarged in 1996, it now has more office space for the rector, curate, organist and choirmaster, ministries coordinator and project coordinator. It also has a parlor for smaller gatherings, a nursery for infants and small children, and classrooms used for church school as well as a variety of ad hoc meetings for church and community groups.

Reynolds Hall is the fourth element of the church campus quadrangle. It was built in 1985 on a slope across the street, directly opposite and facing the church, with its back to the Contoocook River.  It has a street-level Great Hall and kitchen suitable for larger receptions and events. The ground floor entered from the river side is occupied by the Serendipity Shop, which sells quality used clothing at affordable prices. 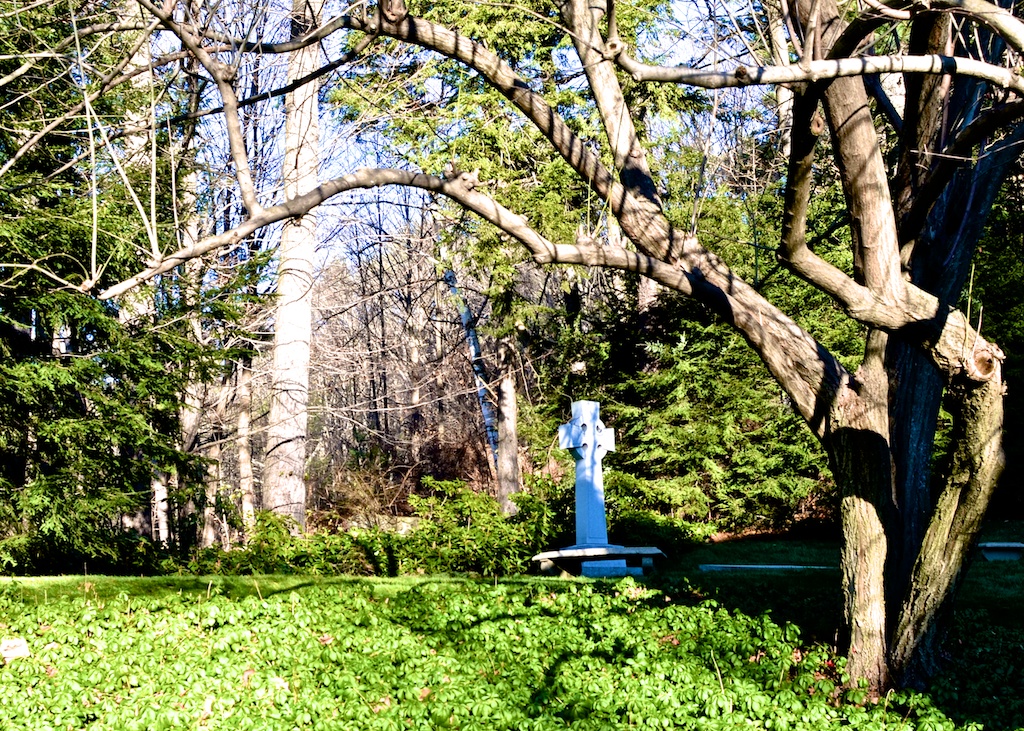